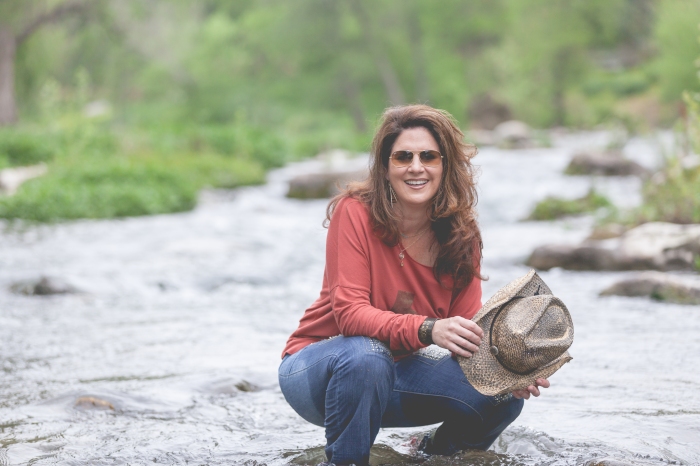 This time of year brings a lot of focus onto one of my favorite people of all time. She is viewed by the world through many lenses, and is often pictured as a serene, quiet, submissive girl who graces stained glass windows and religious portraits or jewelry with timeless beauty and grace.

She is Mary, mother of Jesus.

And while she is arguably our greatest example of ultimate obedience and divine appointment in a human woman, I think we sometimes forget that she was also a pretty amazing role model for young women looking to find a mentor with spunk and spine.

Mary was young, poor and female – all characteristics that, to the people of her day, would make her seem unusable by God for any major task.  She wasn’t revered.  She wasn’t accomplished  She was, depending on where you do your research, between 12-14 years old when the angel Gabriel appeared to tell her she had found favor with God and would be bearing His Son.

Despite her fear, her only question was, “How will this be, since I am a virgin?” (Luke 1:34). Upon being told the Holy Spirit would come upon her, overshadowing her with the power of the Most High, she pulled herself together and replied in Luke 1:38: “I am the Lord’s servant. May it be to me as you have said.”

She didn’t doubt the truth of the message. She didn’t ask for assurances. She didn’t argue that she wasn’t the right one for the job, using her age or gender or station in life as an excuse. She had to be scared…..of the visitation, of the thought of being pregnant, of the possibility that Joseph might leave her, of the stigma of being a teen unwed mother

And in spite of all this, she found the faith a courage to be obedient. She was willing to be available to God, no matter what, and revealed her true character in her response.

As a result, she participated in the salvation of all mankind by allowing herself to be used as the vessel for the Savior’s arrival, and fulfilled her purpose – her amazing, bigger-than-she-would-have-ever-imagined purpose. She outstripped her secular potential by an immeasurable mile.

She rocketed from obscurity into a major player in the most important book ever written. Her roles in the Bible include: mother of Jesus, wife of Joseph and mother to his children, and the only human to witness both the birth and death of Jesus. She is quoted in the Bible more than Joseph, showing her to be the basis for the human aspect of the salvation story. She got to witness her sons experience salvation (while during Jesus’ lifetime, his brothers did not believe he was the Messiah, his resurrection is thought to have convinced them: Acts 1:14 – They all joined together constantly in prayer, along with the women and Mary, mother of Jesus, and with his brothers.). She was there when Jesus was crucified…..and he spoke over her at the foot of the cross (John 19:26-27:  When Jesus saw his mother there, and the disciple whom he loved standing nearby, he said to his mother, “Dear woman, here is your son,” and to the disciple, “Here is your mother.”  From that time on, this disciple took her into his home.  This is the final mention of her in the Bible).  There is no mention of her death, but we know she was taken care of and cherished.

What do we learn from this?

Where do I even begin?

His timing is not our timing.

His ways are not our ways.

He doesn’t see things the way we do <- for this I am thankful.  Because I know how narrow-minded I can be.  I know how often I miss the big picture, or minute detail, or forget to see the situation from every angle (or even any angle that isn’t my own).  I know that I let my emotions and experiences and expectations color my view.  Sometimes, this is helpful.  Many times, it’s not.

My human mind and heart can’t do what the Creator of the universe and all life in it can.

And it doesn’t have to.  His purpose for me is not to try and function outside the realm of my talents and tendencies.  He has gifted me in ways that are uniquely mine so that I can fulfill the purpose He chose for me, specifically.

Even Jesus openly acknowledged this in his own life when he said,

For my Father’s will is that everyone who looks to the Son and believes in him shall have eternal life, and I will raise him [or her] up at the last day.”

Jesus knew his purpose was to do the will of God.  Period.

And as humbling as it may be, I need to admit that, in this, my best role model is a poor, young, simple girl, whose life ambition was to marry a carpenter and live out her days in ordinary obscurity.  Yet, when presented with the opportunity, she chose complete and utter obedience to God’s calling, and had the fortitude and discipline to stick it out => changing the course of history and launching the first action steps in the plan of redemption for all mankind.

She summoned all of her courage and strength, held her head high, and gave us a big sister to look up to.

And she changed her destiny as well, becoming the ultimate picture of feminine strength, a testament to motherhood, a worldwide icon, and the most important, most recognizable woman in all of history.

Not bad for a small-town teen.

You can visit me at my blog www.theriverchick.com

2 thoughts on “The Calling of Christmas….and the Courage it Takes to Answer By River Chick Rebecca”