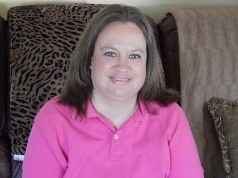 “Sometimes a separation is necessary for the purpose of reconciliation.  You really need to consider taking some time to live apart.” Our counselor then suggested the one thing I never expected to hear in a Christian counseling session.  “You may even need to file for divorce.”

Who would leave? Where would they go? How could we even afford to live apart? We barely survived now using every penny we brought in together.

I knew the inevitable, but I didn’t want to think through the logistics.

“Where are you, God?” I cried out in desperation. How did my marriage come to this point? We never got to see the future we dreamed about on our wedding day just a few years earlier.

I came home the next day bewildered, confused, hoping for a miracle. Then I saw the light blinking on the answering machine.

“Hey, Rach. I saw an ad for an English as a Second Language teacher on my kids’ school district’s website, so I called to get more information. I told them all about you, and I think you might be perfect for the job. They want to interview you by phone tomorrow morning.”

That phone call from my sister-in-law literally rescued my marriage. A week later, Mike and I did separate, but not for marital reasons. The school hired me over the phone to fill the teaching position and asked me to come as soon as possible. Our son and I flew to Texas, while Mike stayed behind for two weeks to pack up our belongings.

While I complained because I didn’t see God fix the situation right in front of me, He worked busily over a thousand miles away to prepare a future for us that held hope. He had so much more in store for our little family.

“I don’t want to die!” My eleven-year-old son, David, clutched my hand tightly as tears rolled down his cheeks. The doctors inserted needles into his little hand to hook up an IV with pain medication and electrolytes. A solid month in Colombia had wreaked havoc on his young body.

Today did not go as planned. Less than twenty-four hours ago, we dreamed about swimming in the hot springs just hours from our hotel room. Now our friends drove to the exotic destination without us while we sat in an unsanitary urgent care clinic in the middle of nowhere.

If only I could relive the morning and not underestimate the stomach pains my son claimed to have.  If only I’d taken him to a clinic back in Bogota, the capital city, when he first complained of them earlier in the month. I figured they were a symptom of both stress and diet, stress from adopting an older sibling in Colombia, poor diet due to stretching our limited funds while out of the country.

Now we waited alone in an unfamiliar place while the doctors treated him for severe dehydration and either a bacterial infection in his intestines or . . . appendicitis.  My new son, Juan David, and his older brother, Julian, also waited alone in the waiting room, packed with sick people and a single television. I couldn’t leave David to go to them, and the guard would not give them permission to stay with me. One person could stay with the patient. Me.

Thankfully the pain meds kept David drifting in and out of sleep, though the pain didn’t seem to diminish. Julian and Juan David walked to a nearby internet café to contact my husband, Mike, back in the States so he could call me. We could only talk briefly when he called to save what little life I had left in my phone battery.

I spoke Spanish, but I struggled through every conversation with the doctors and nurses since I knew very little medical vocabulary. I was scared to death, hoping they wouldn’t have to rush David to a nearby hospital to remove his appendix. I’d been in Colombia long enough. Though the adoption wasn’t complete yet, I just wanted to go home.

I never felt so alone in all my life.

Mike had people praying back in the United States, while I silently begged God to heal David from whatever ailed him. Yet hour after hour passed, and David still complained of the same intense pain.

“God? Why aren’t you answering me? Why do you continue to let my little boy suffer?”

At one point, David woke up to see the fear in my eyes while a tear streamed down my cheek. “Mommy, don’t be scared. God has a reason for why this is happening. He is going to bring good out of it somehow.”

After about eight hours, they finally ruled out appendicitis and diagnosed David with a bacterial infection in his intestines. They prescribed several medications, insisted he maintain a strict diet for the next week, and then they released us to go home, or at least back to our hotel, still three hours away from our temporary apartment in Bogotá, Colombia.

The next morning, I embraced a quiet moment in the courtyard at the hotel to spend with God. He reminded me in that courtyard of the exact prayer I prayed for David the day before. I had asked God to make my son’s faith his own, to give him faith to rise above his circumstances.

My son’s words came to my mind quickly. “Mommy, don’t be scared. God has a reason for why this is happening. He will bring good out of it somehow.”

Good, indeed. God didn’t answer my prayer for David’s healing during the day because He was busy answering my prayer from earlier that morning for my son’s faith to grow and mature.

He was there working. The whole time.

Jehovah Shammah. The Lord is there.

3 thoughts on “Jehovah Shammah – God is There, By Rachelle Alspaugh”